During the 31 years that Gary and his wife Janet have been married, they’ve been loved by three Dachshunds: Buster, Scooter, and now Dory, each with their own very unique personalities and traits. After Scooter passed around three years ago, the couple waited almost a year before acquiring another dog, and it wasn’t long after their search began that Dory found them, ending their search for what they thought was going to be another long-haired male.

” We zeroed in on two names: Elsie (for the Borden dairy cow) and Dory (for the Disney character from Finding Nemo),” explains Gary about Dory’s unique spots and dapples, some of which people  say resemble a cow’s markings.  “A family vote was taken and Dory was chosen. The ballot box may have been tampered with in that our son, Luke, works at the Walt Disney Company in Orlando!” 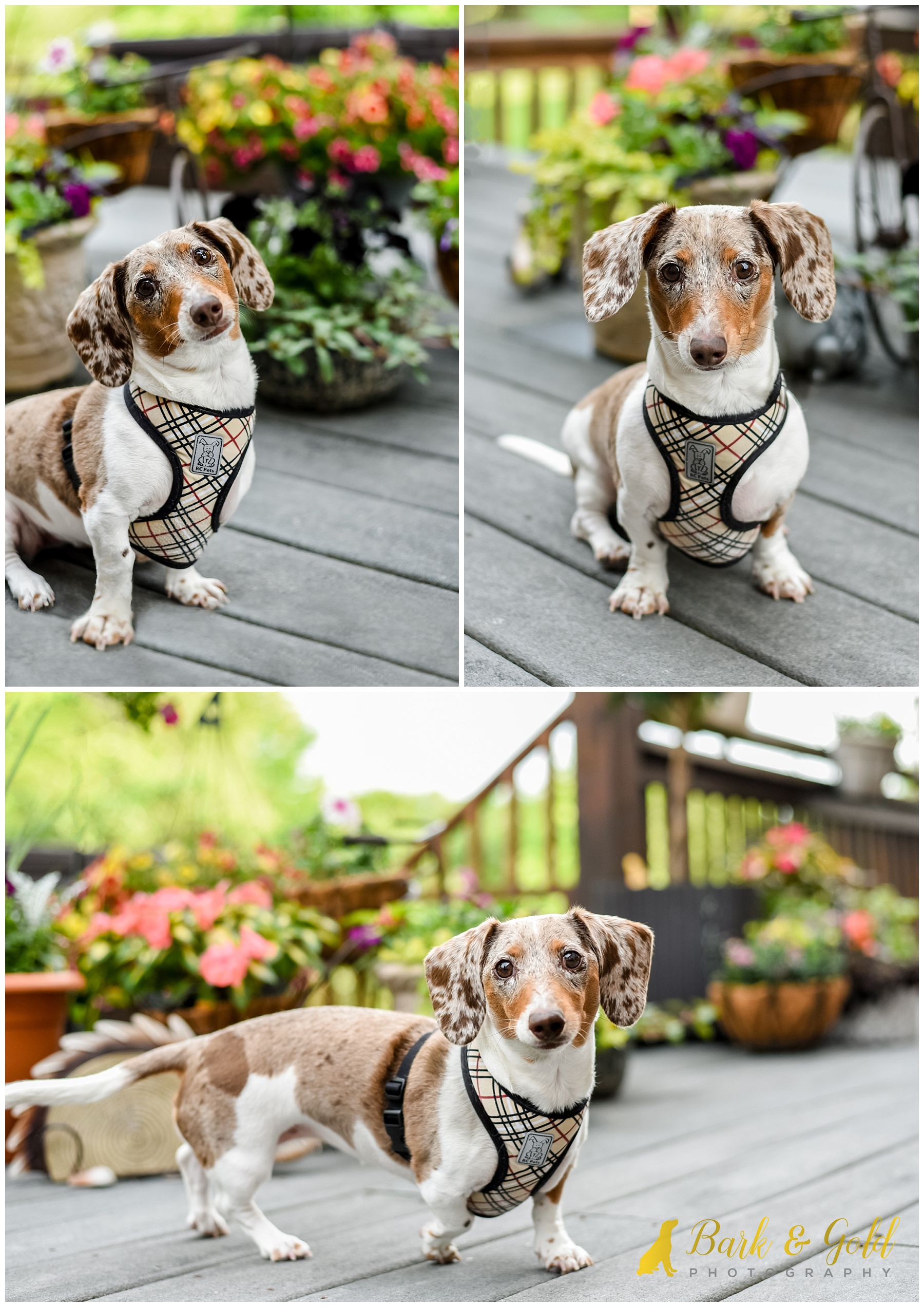 Gary told me that while she loves to play fetch, Dory also loves to snuggle and watch Hallmark movies with her mom. One of her sweetest habits is what Gary and Janet call “sitting and observing,” and it was a request of theirs among Dory’s portraits. 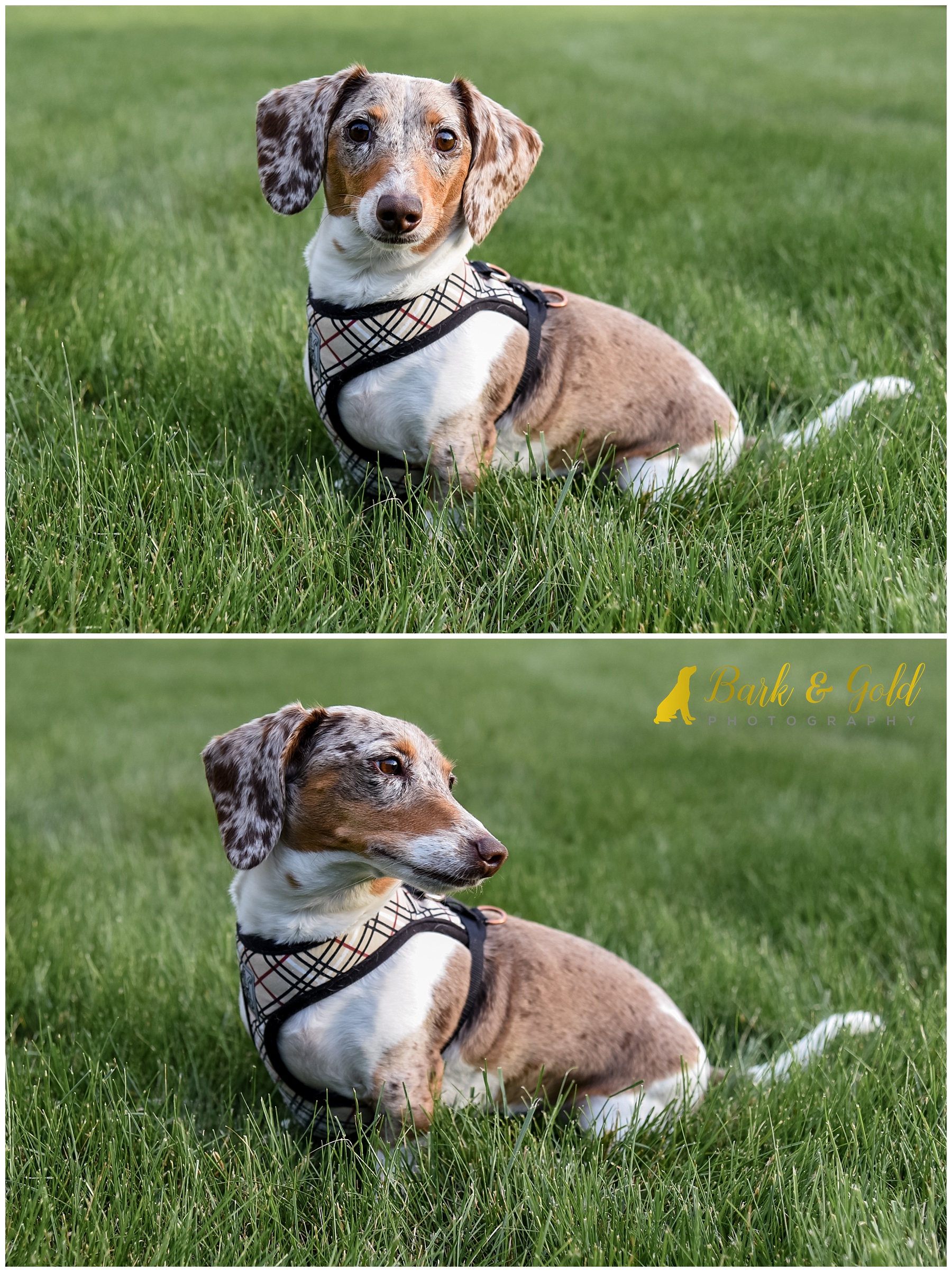 One of my favorite shots of her session (and her dad’s favorite too) came by total surprise when I squeaked a noisemaker and Dory snapped her head as if to say “What was that?!” I think her ears give that expression away. Never have I seen ears do that in all my sessions! She may be named for the Finding Nemo fish, but with an ear like that, I’d say she has a good chance at a staring role in Dumbo. Best. Ears. Ever. 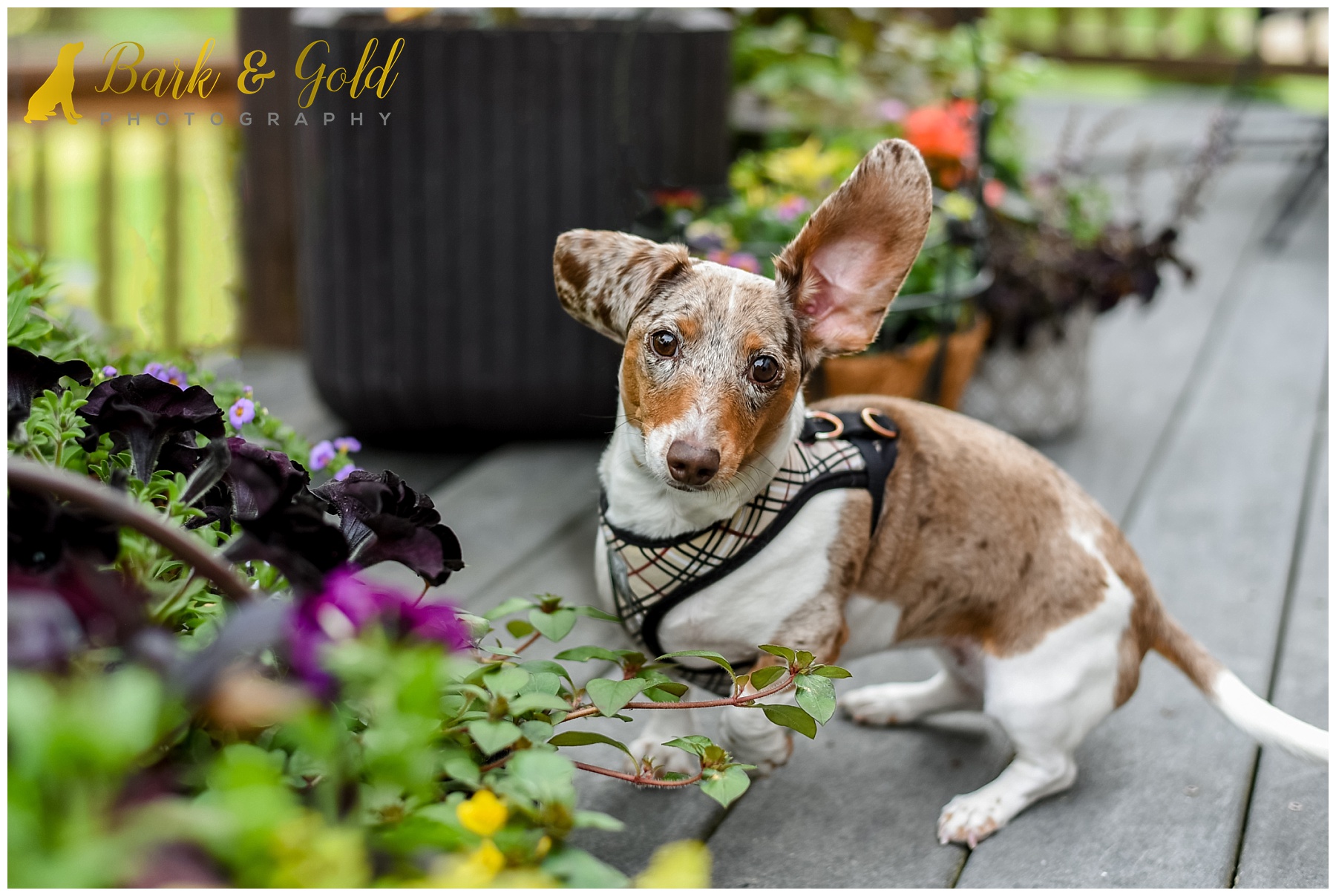 The couple had many beautiful spots throughout their property, from their large deck where the sun filtered onto it gently through the nearby trees to the small garden of lavender flowers. I love the playful curiosity of Dory’s expression in these shots. I think I even detect a hint of a smile in the bottom shot. 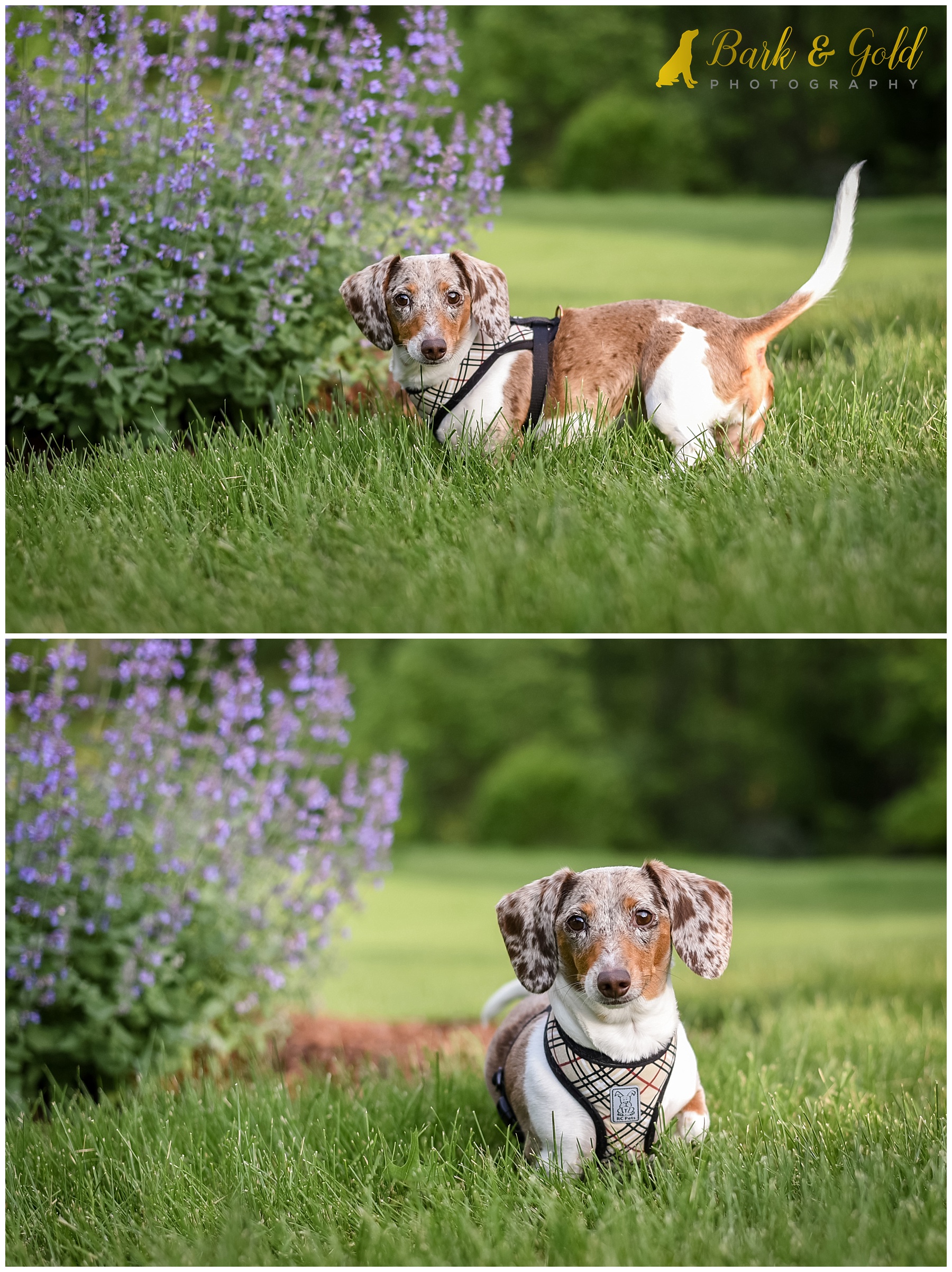 And how about this over-the-shoulder glance! Does it get any cuter? I think not! Look at that little puppy booty…and those treat-please eyes! 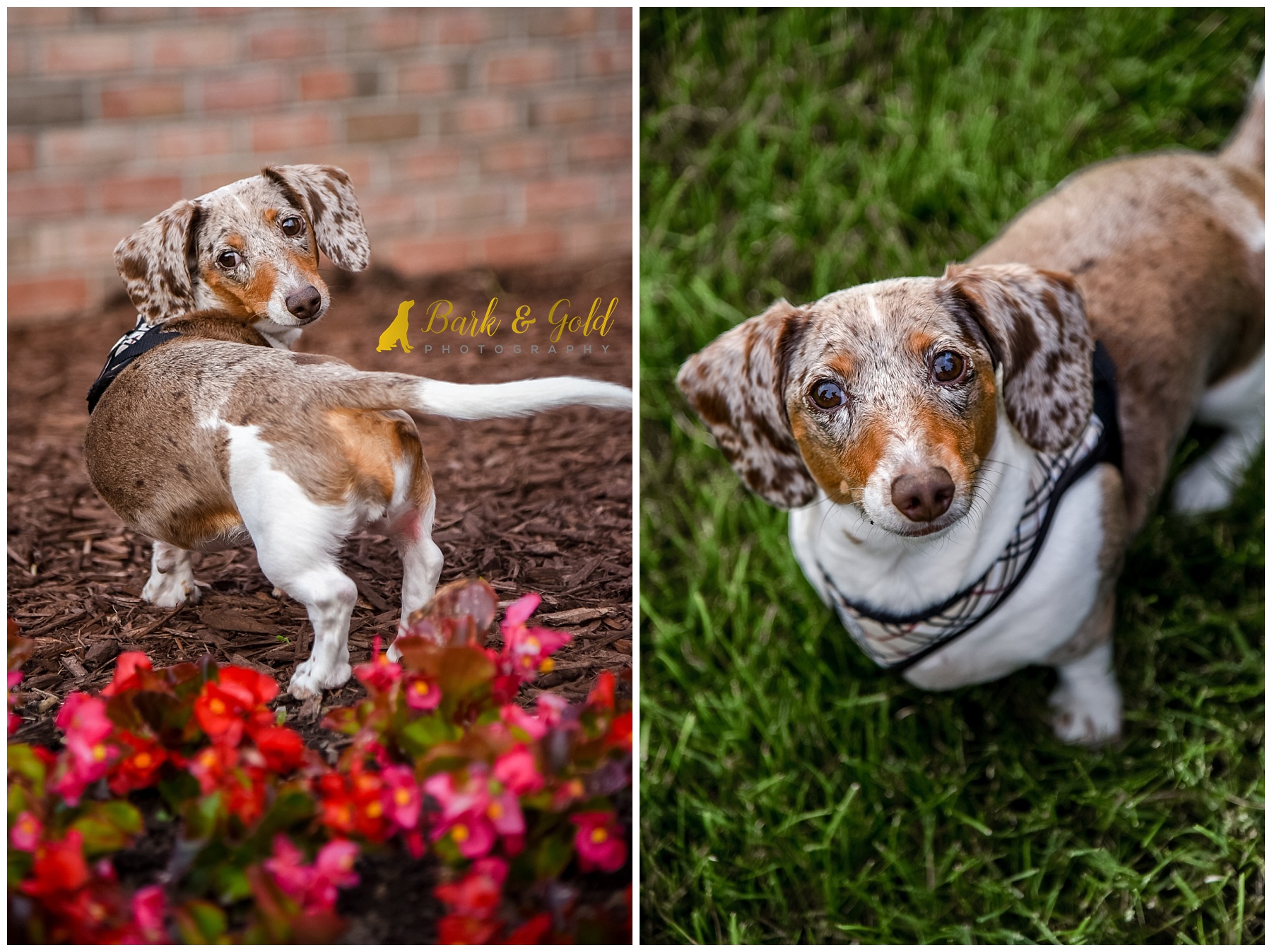 While there were several aDORable images of Dory that garned plenty of awww-moments, it was one taken on the couple’s deck that Gary and Janet agreed would be the perfect addition to their breakfast nook. Janet loved the unique detailing of my barnwood frame that beautifully complemented Dory’s coloring and the texture of the deck boards and chose it for her 11×14 framed print. I’d say this is going to look amazing in the spot they picked out!

Gary and Janet, thank you for so warmly welcoming me into your home to photograph sweet Dory! She is a lucky girl to be loved so dearly by you, and I know how much you’re going to cherish this portrait of her!