The third time was a charm for George, Zoe, and Ellie’s backyard session! Despite having to reschedule once because of weather and a second time due to work commitments, we lucked out with this year’s rainy summer and finally got their session completed in late July.

For several reasons, their parents Amy and Steve agreed that a backyard session where the dogs could relax and be themselves without outside distractions would be best. Their biggest fear was that the dogs wouldn’t relax and they wouldn’t be able to get any good shots.

“George was totally an impulse decision; we went to Pet Expo in 2013 talking about maybe adopting a dog in a year or so,” recalls their mom Amy. “That weekend we were at Animal Friends and fell in love with him.”

“Zoe was a long process because she was totally adopted to be George’s playmate,” explains Amy. “She was rescued off Craigslist in rural Georgia. Steve saw her picture online–she looked like George’s twin. It worked out that we were driving down there for vacation, so George was set up on a blind date. They hit it off, [and] two weeks later we flew down and drove Zoe home. They have been inseparable since cuddling each other on the couch within two days of being home.” 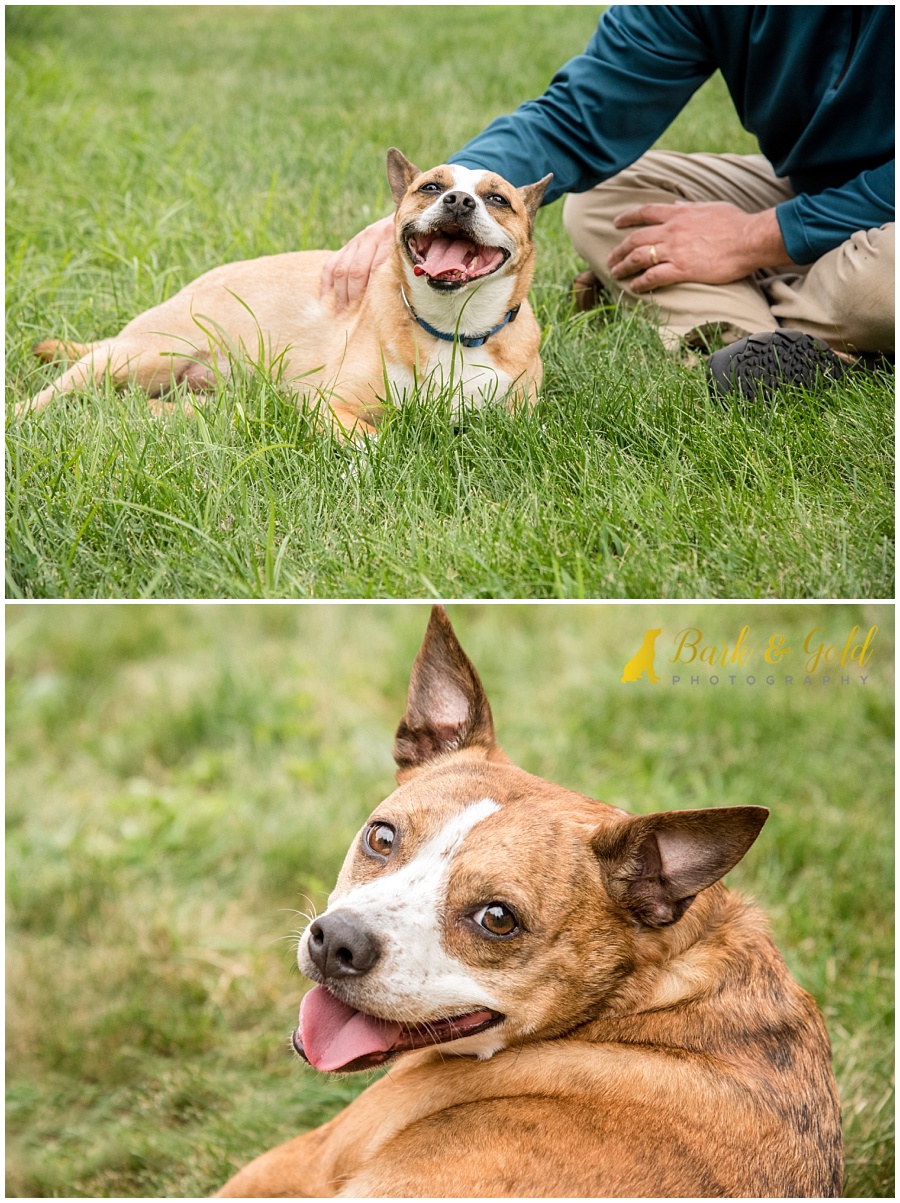 And then there was three after the couple chose to welcome Ellie as their third kid after seeing her photo pop up on the FurKid Rescue Facebook page. Immediately, Amy knew she wanted this sweet and shy potcake. 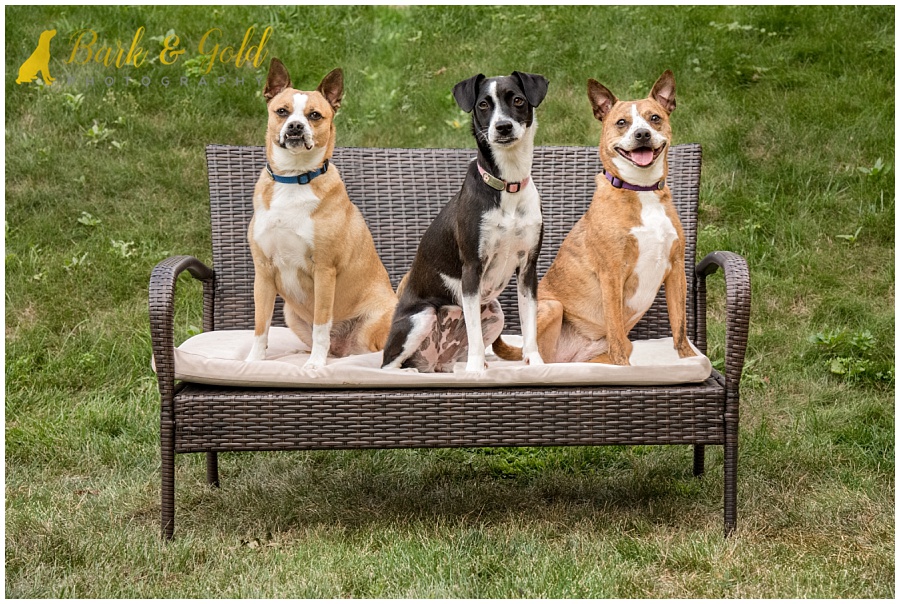 “I was in love, but the timing was bad. I kept looking on FurKid’s website, and while her sister got adopted, Ellie remained. A month later, she was still not adopted. The timing was better, [so] we put in an application.”

In talking with Amy, she told me that a family portrait of the five of them was a must.

“We really would love some great family photos; we have tons of our own pictures of one of us with one of all of the dogs, but none of all five of us together.” 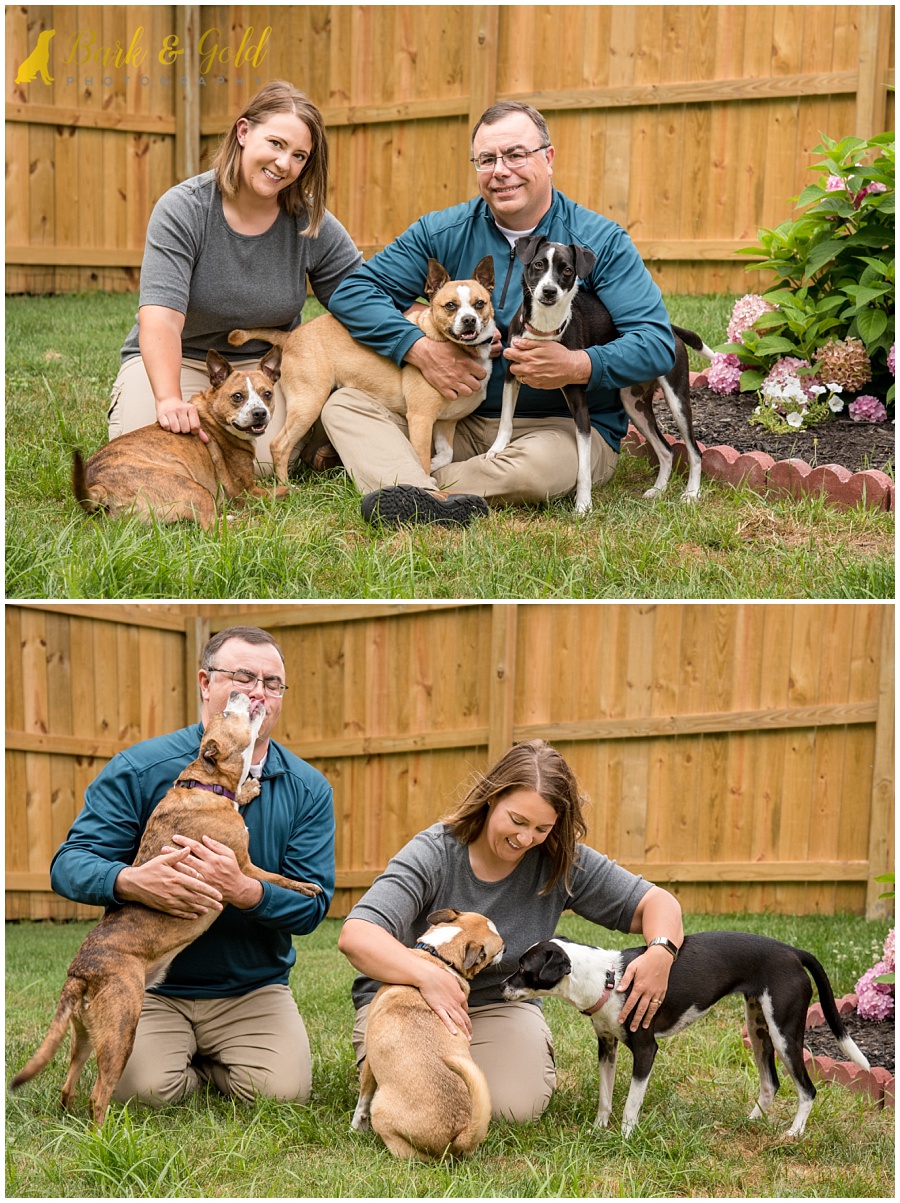 During their reveal and ordering appointment, Amy and Steve decided on two 11×14 gallery-wrapped canvases for their family room wall, an album block filled with 10 5x7s of their remaining favorite images, and a few gift prints for family. In doing so, they earned two client-favorite bonuses, including their session slideshow and a set of three 3×3 mini accordion albums. 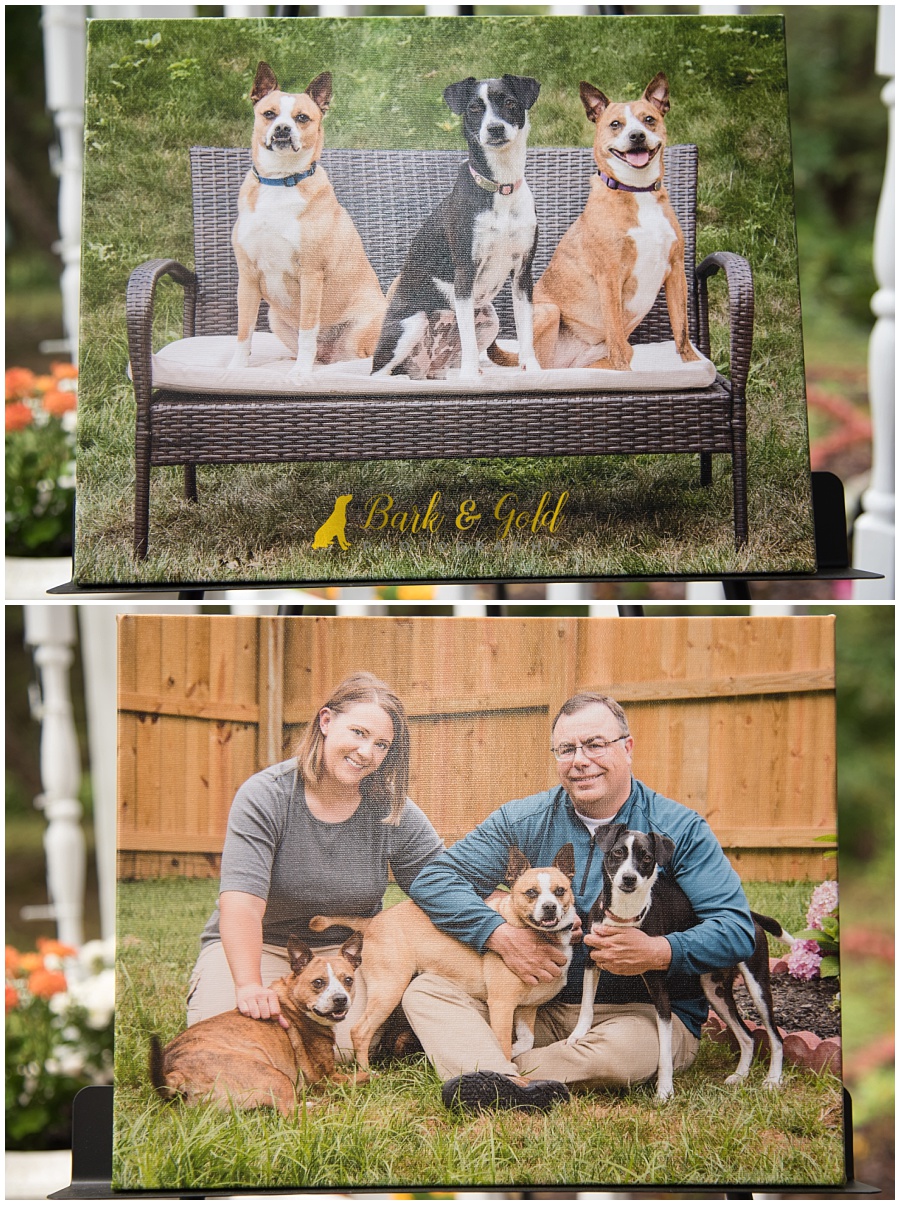 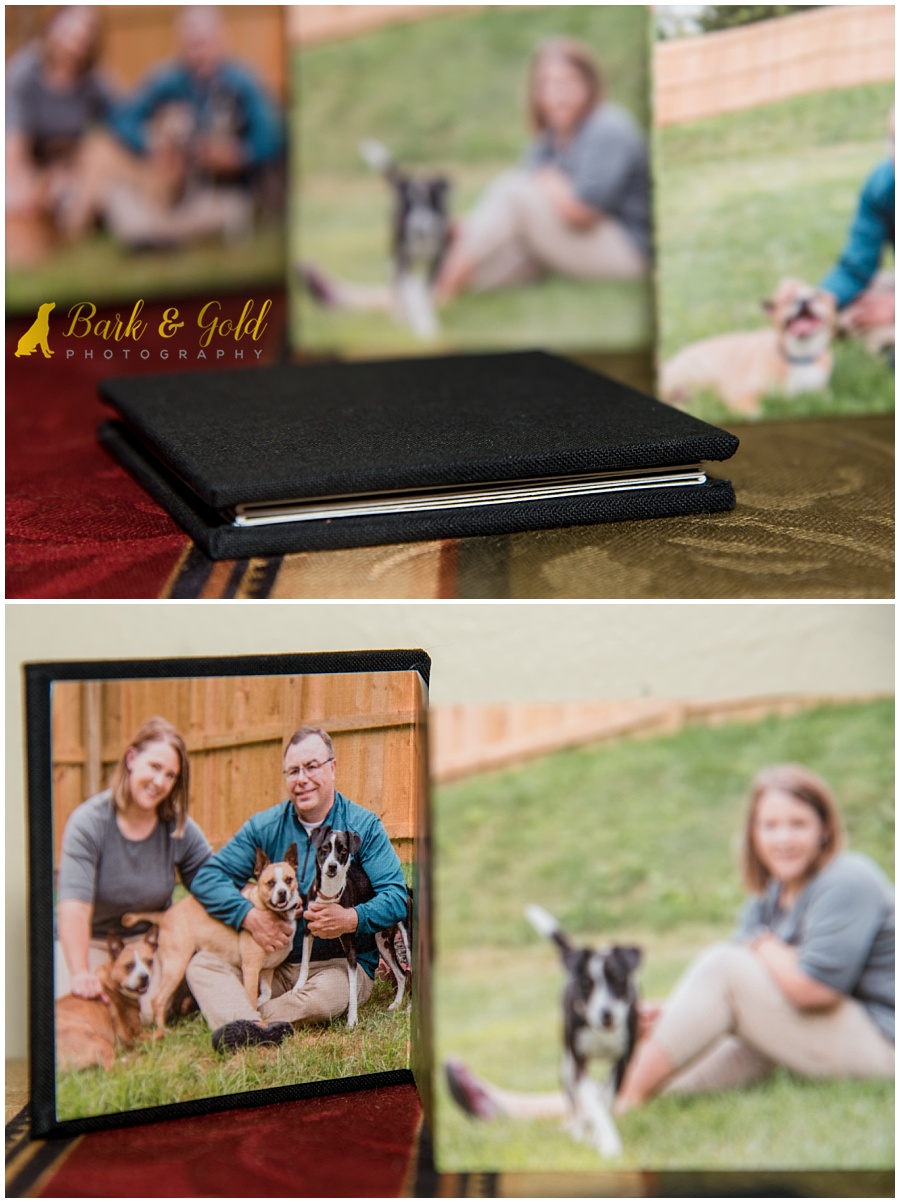