In late-January, I met with Sarah and Sean to photograph their three cats, Mr. Purr, Ramone, and Tiger Lily, during an in-home session. Sarah described herself and Sean as the “happy parents of three cats” and in listening to her talk about them, you can absolutely get a sense of how much love the couple has for their three fur kids.

“I grew up with a lovely orange cat named Garfield. He was our family cat for 17 years,” Sarah explains. “When I was headed to grad school, I wanted to have a cat in my apartment with me. I knew I wanted an orange cat, but I didn’t want one that looked exactly like Garfield, a striped tabby. When I went to the humane society, I asked if they had any orange kittens. I was handed the most adorable deep orange blotched tabby I had ever seen. I adopted Mr. Purr on the spot.” 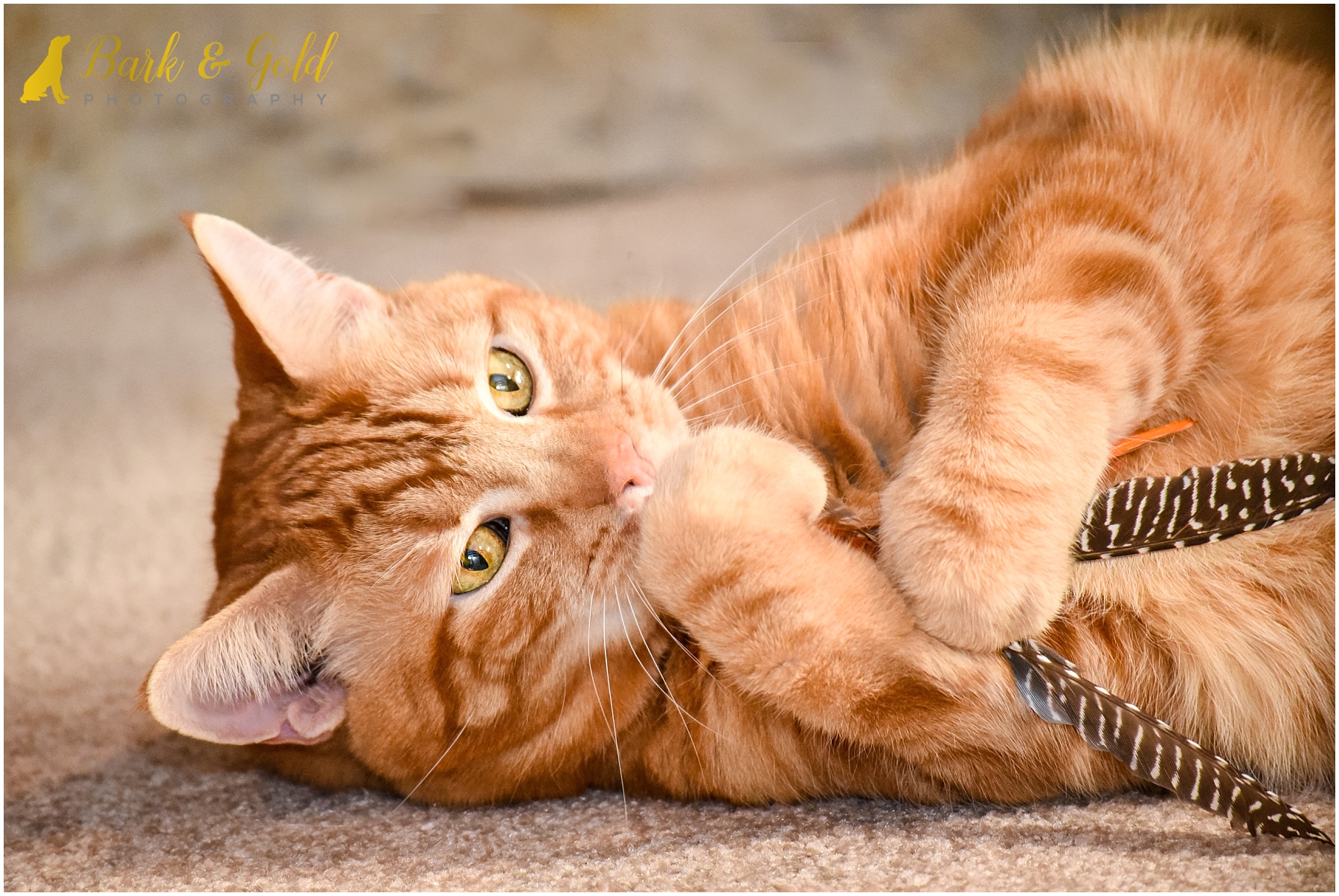 “It may sound silly, but I love the title ‘Mr.’ in front of pet names and everyday items–it adds a seeming formality that I find fun and humorous,” says Sarah. “I had that name in mind for a very long time (since childhood), and the first time I was handed Mr. Purr at the humane society, he was already purring before he was in my arms. I knew it was his namesake.”

Several years had passed during which Sarah and her husband Sean relocated to a small town in Texas for Sean’s final Navy duty station. It was there that Sarah began volunteering at the no-kill, cage-free shelter The Cattery and met two of its residents, a beautiful brown tabby named Tiger Lily and Ramone. The couple ultimately chose to adopt both. 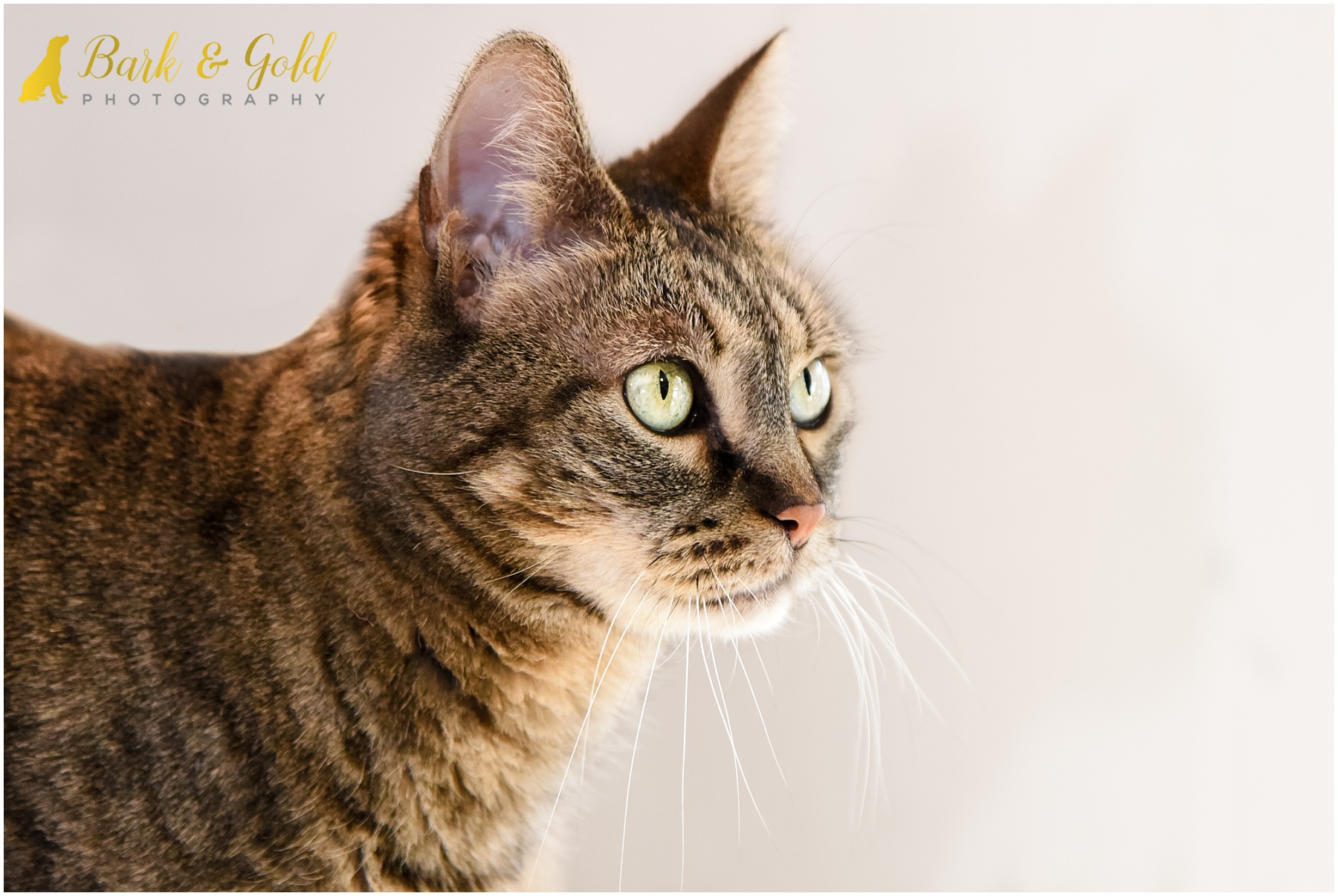 When photographing cats, we’re often very much on the cats’ terms. Just as Sarah described, Tiger Lily showed her fearlessness right away and we all got a laugh out of her playful expressions! Ramone, on the other hand, took quite a while to warm up, choosing to come out from behind the couple’s couch only when he felt ready–and when he felt that he was missing out on the attention Sean was giving to Mr. Purr. 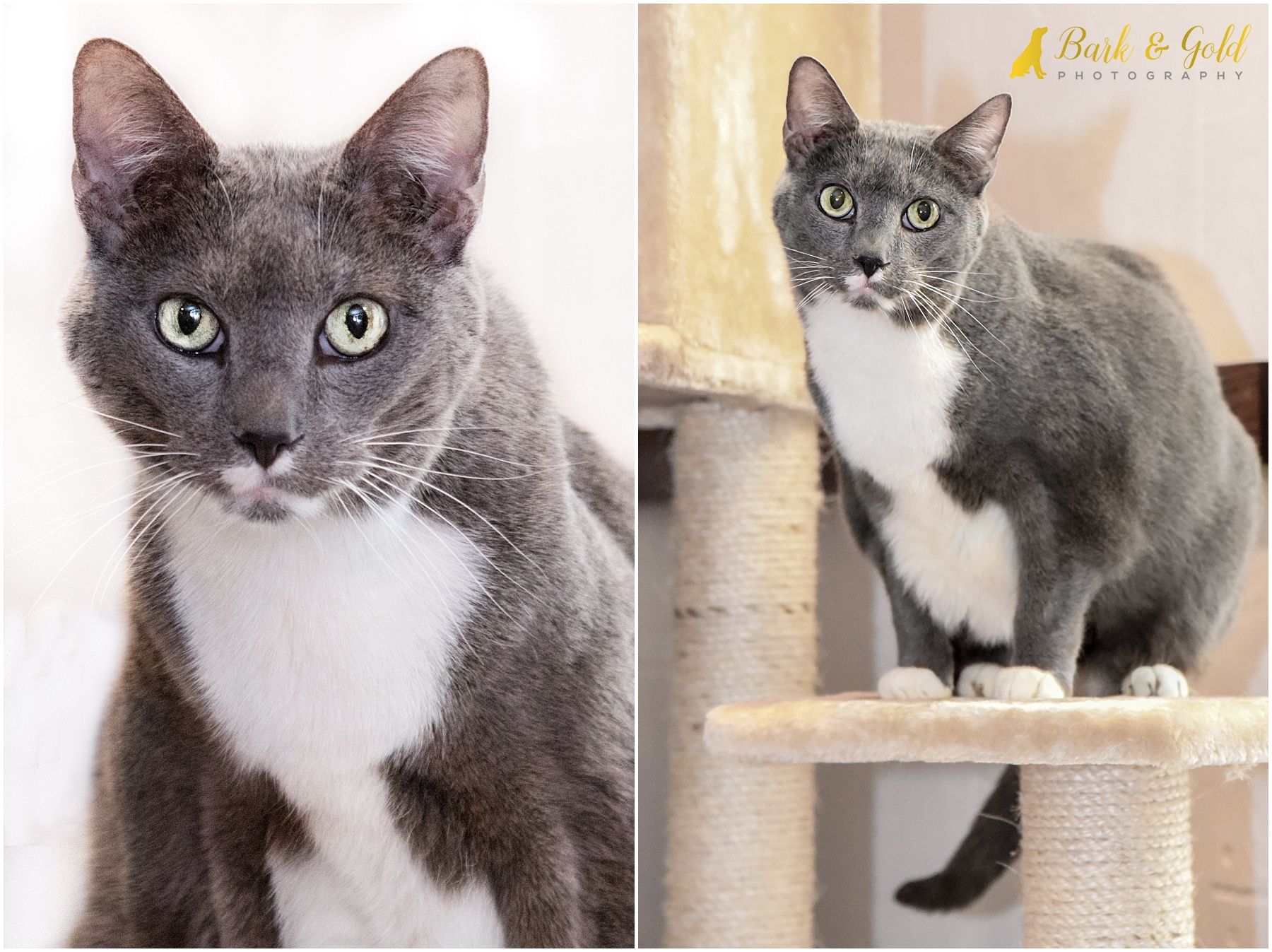 Sarah and Sean, I can’t wait until you get your hands on your signature book and feast your eyes on the stunning wall art trio that’s coming your way!