Walter’s parents Abby and Travis describe him as “an 80-pound lap dog, part potato” who loves to sleep.  Check out his Instagram  and you’ll also see hundreds of snapshots of exactly what they mean: “He’s smart and silly. He’s handsome and full of slobber. He’s the best boy and we love watching him grow and learn new things.”

When Walter and his parents met me for their city session on Pittsburgh’s North Shore, it was plain to see how much and why they love this big guy.  Walter’s story is proof that we all end up exactly where we’re meant to be.

“A year or two after losing our family dog (Brodie, a golden retriever), I decided I was ready to adopt,” says Abby. “I did my research and decided I wanted to adopt a pit bull. My sister was on Facebook and came across a photo of a new dog that Biggies Bullies had just picked up from Cleveland. His name was Walter and he had the biggest head and Precious Moments eyes. I fell in love immediately and followed his story.”

Abby first met Walter at Petagogy in Shadyside where Biggies Bullies was hosting a meet-and-greet event. Upon meeting him, Walter plopped down in Abby’s lap, drooled all over the place, and stole her heart. Travis helped her complete the application to adopt Walter.

“I found out later that I was the first one to submit [an application]. I started fostering to adopt Walter in March and by April I had signed the papers to become his fur mom,” says Abby.  “Biggies Bullies shared me at the time of adoption, that the day I went to visit him at the store, they looked at each other when I left and said in unison, ‘Yep!’ because they knew I would be a great mom for Walter.” 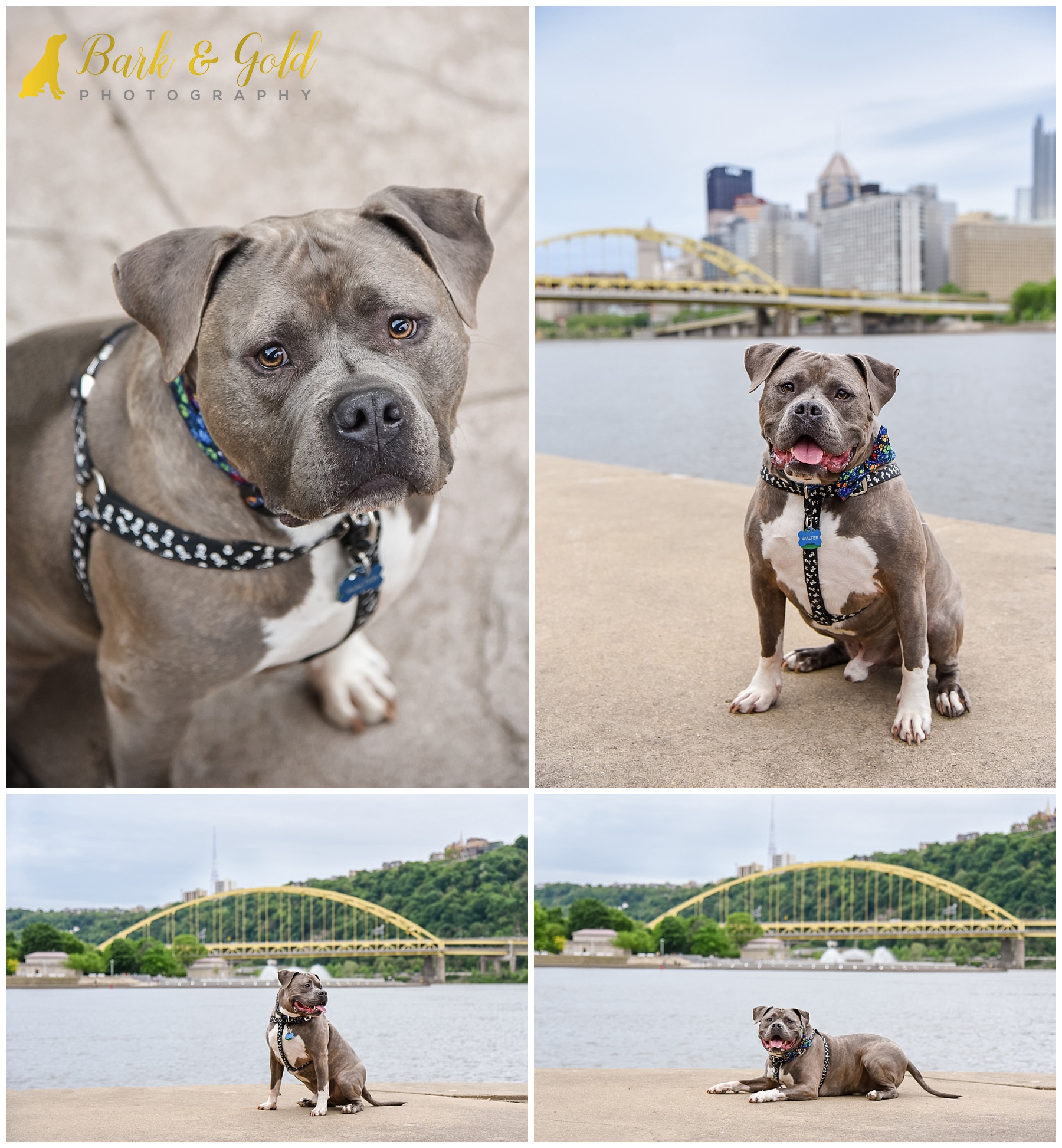 I laughed when Abby told me that Walter drools a lot and that they’d be bringing towels for clean-up (and lots of cookies!) Apparently, cookies are Walter’s preferred treat. To get those adorable head tilts and curious expressions, I used a couple of phrases that Abby told me would be sure to watch his attention: “cookie,” “Are you hungry?,” and “Do you want to go for a walk?” 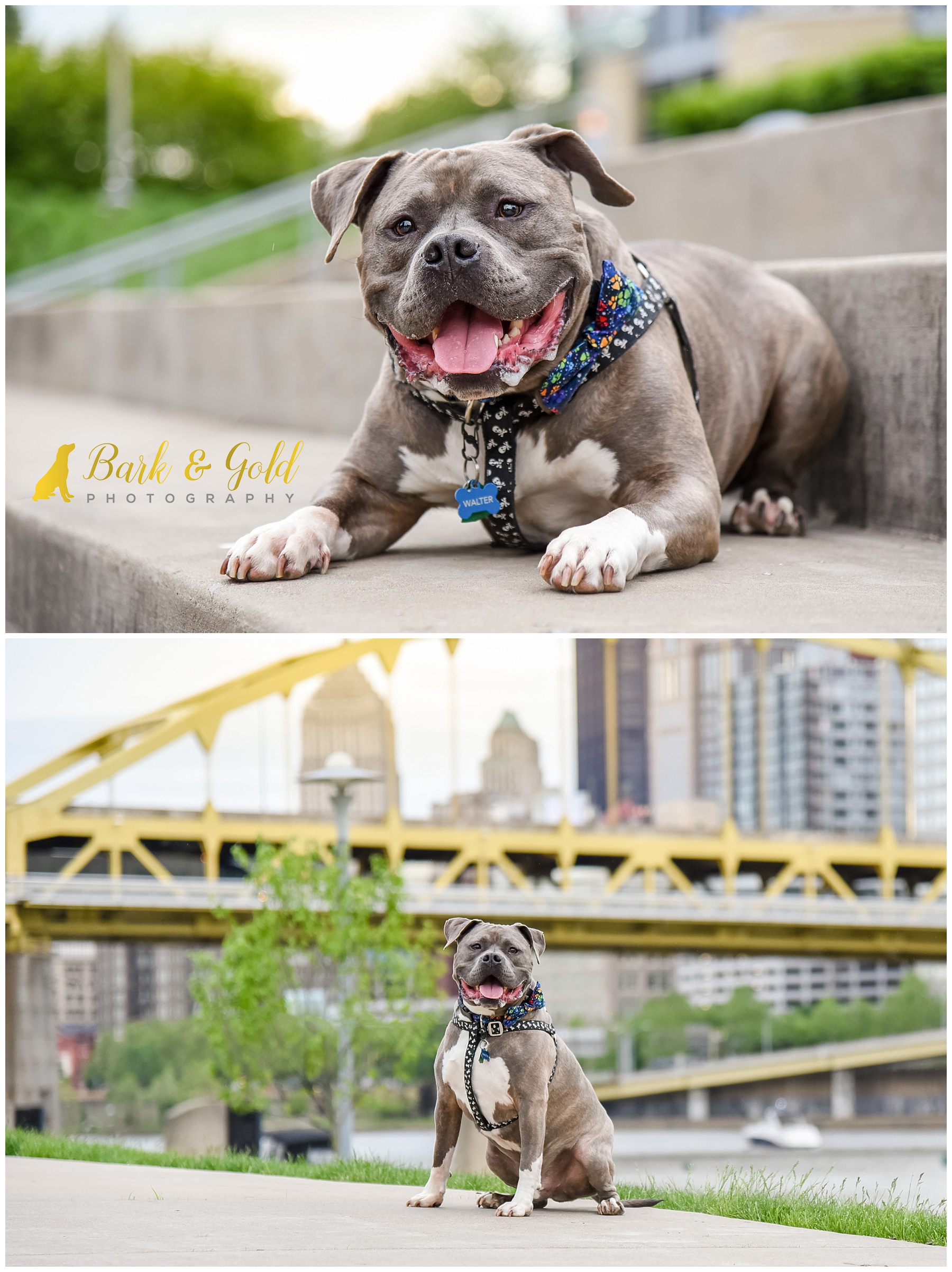 Personality-wise, Walter is such a lover; he loves to sit in laps and cuddle, but he does have bursts of energy during which the couple uses his alter-ego nickname of Larry. Abby told me that Walter is also a bit of a fashion icon, often seen rocking a bow tie, like this adorable Twinkle Paws fabric bow tie from Diamond Daisy Design. 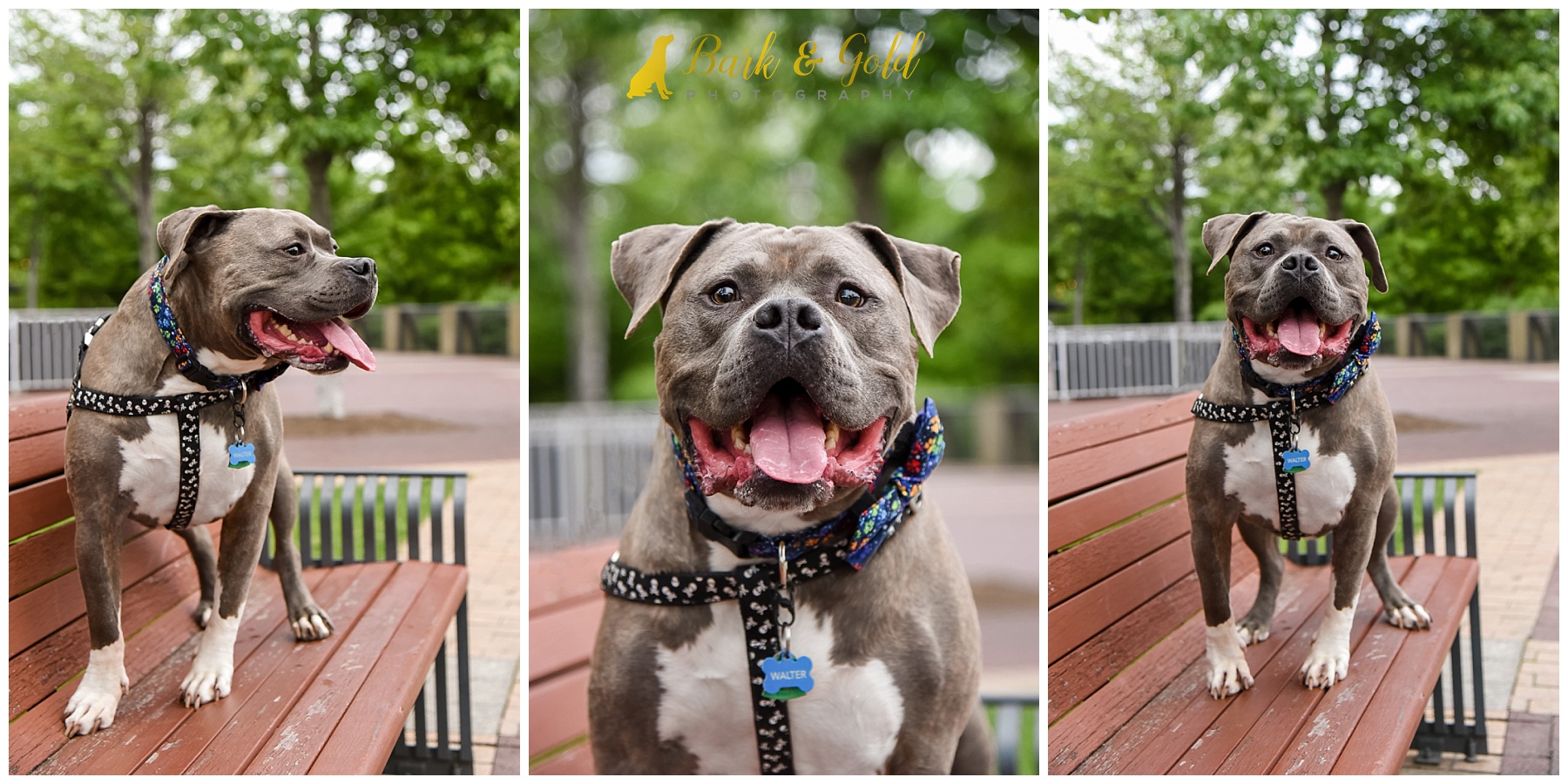 “Travis is a great dog dad and Walter completes our family,” says Abby who asked for some photos of Walter with the two of them and all the shots of Walter,  adding, “He’s so handsome, we’ll love all of them.” 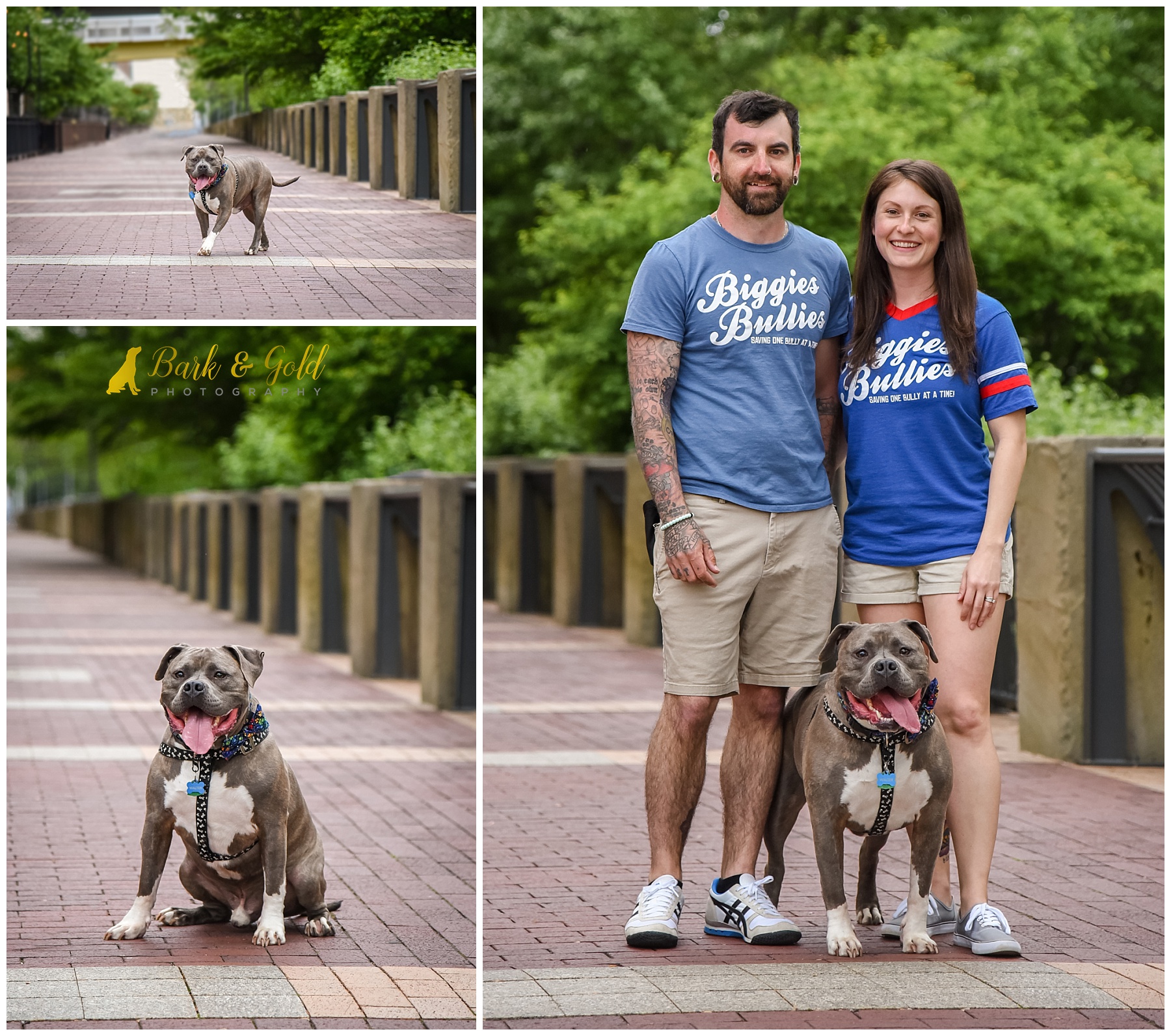 One last fun Walter fact that proves he is with the forever family he was always meant to find can be found in the story behind Walter’s name.  I loved when Abby shared this story because I totally believe that there is a reason for everything.

“I named Walter before I even found him. I had just signed up for Netflix and binge-watched Breaking Bad. The main character is Walter White, and I thought Walter would be a funny name for a dog. When sister saw Walter on Facebook, we couldn’t believe that was already his name and took it as a sign that this was meant to be.”

Walter will be appearing in the 2020 Biggies Bullies pet calendar when it is released this fall. Together with his parents, Walter helped raise $887 toward the $6,118 collected for Biggies Bullies, a Pittsburgh foster home-based rescue founded in 2011 with the mission to rescue and re-home pit bull type dogs in Pittsburgh and the surrounding areas.

This post is a part of the Pet Photography 52 Weeks project blog circle. To see what the next pawesome photographer is sharing for the weekly theme, “City Life,” check out Angela Schneider of Noses & Toes Pet Photgraphy, unabashedly celebrating your love for your dog throughout Spokane and North Idaho. Continue to click the link at the end of each post in the blog circle until you eventually find your way back here.