Anytime I get an inquiry for a Golden Retriever puppy at one of my favorite locations during my favorite time of year, I just know it’s going to be good. And let me assure you, I was not disappointed!

Melinda reached out to me after welcoming her now 8-month-old Golden Retriever Hank into her home this past March. She went on about how quickly the 8-week-old pup that she and her husband Bill brought home in March was growing into a handsome young man. From our phone consultation alone, I could tell how much Melinda and Bill absolutely adore Hank, even before I met them in person. She told me how important it was for them to have some pictures of the three of them as a family (and of the little guy just being himself) to hang in their home. When she told me that Hank loves his adventures in the park and that they were hoping to have pictures taken at Mingo Creek Park in October…ding, ding, ding! My kind of session!

Mingo Creek Park was illuminated with vibrant fall leaves, many still on the trees and nearly as much color dotting the trails. We began in a small wooded area alongside one of the creeks that runs through the park. I love how beautifully the warm tones complement Hank’s gorgeous fur. Baby boy was all smiles! 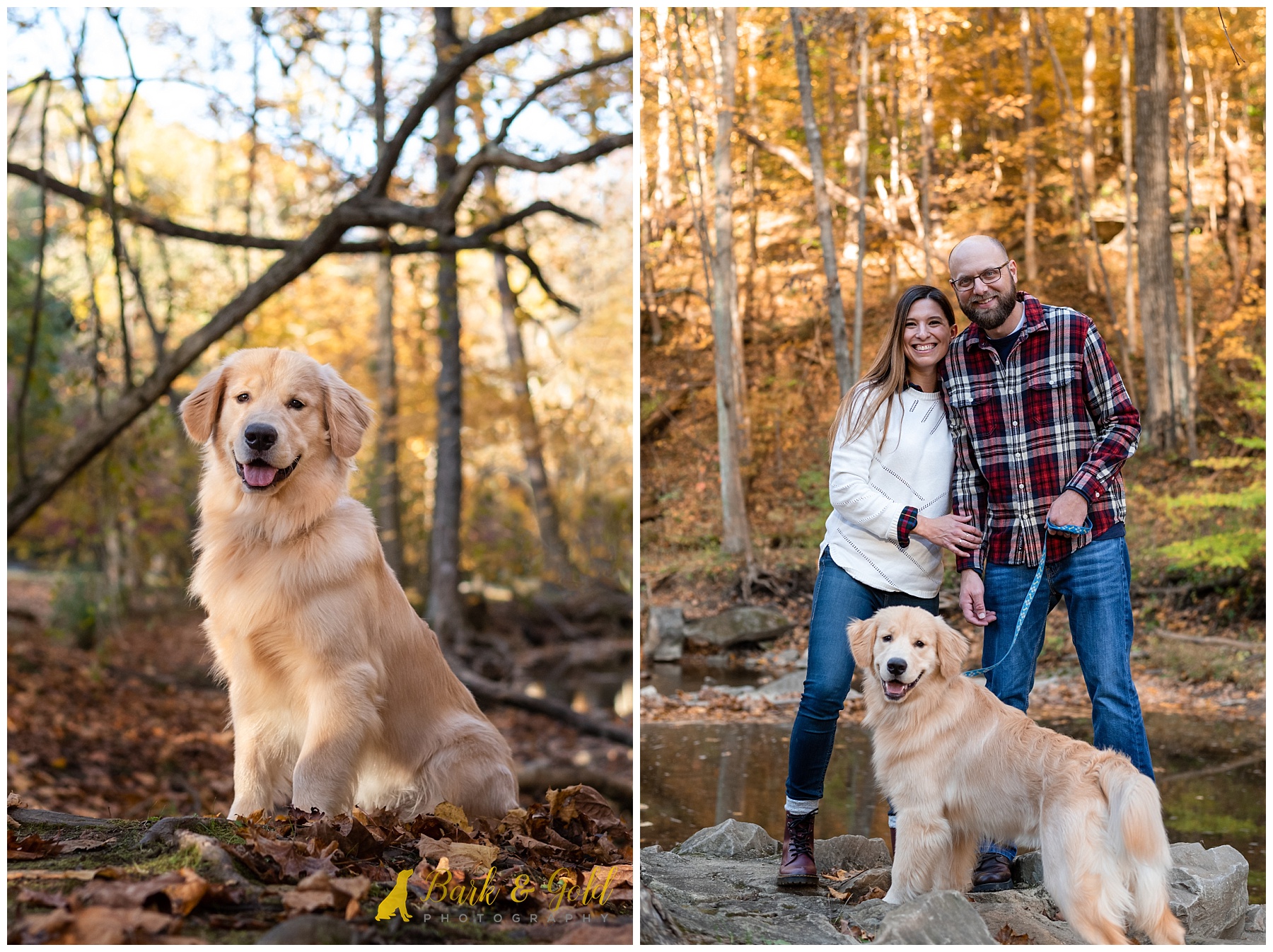 Melinda told me that she and Bill had been wanting to add a fur baby to their family for a while and were finally able to make that dream a reality.  Specifically, the couple really wanted a playful goofball to join them on hikes, to explore new places with, and co-captain their boat. After a lot of research, Bill and Melinda found a responsible breeder who picked out the silly boy who would be theirs. She added that Hank sure has kept them busy and laughing since the day they brought him home.

“Somewhere along the way of listing names, Bill suggested Hank. We thought it was pretty funny to give an energetic puppy kind of an old man name so we went with it,” recalls Melinda. “After bringing Hank home, we are so happy we chose that name. It’s absolutely fitting and adorable!”

I was so happy to hear that Bill and Melinda wanted to join in so many of Hank’s portraits! Are these two not the most photogenic couple ever?! They were such naturals in front of the camera. 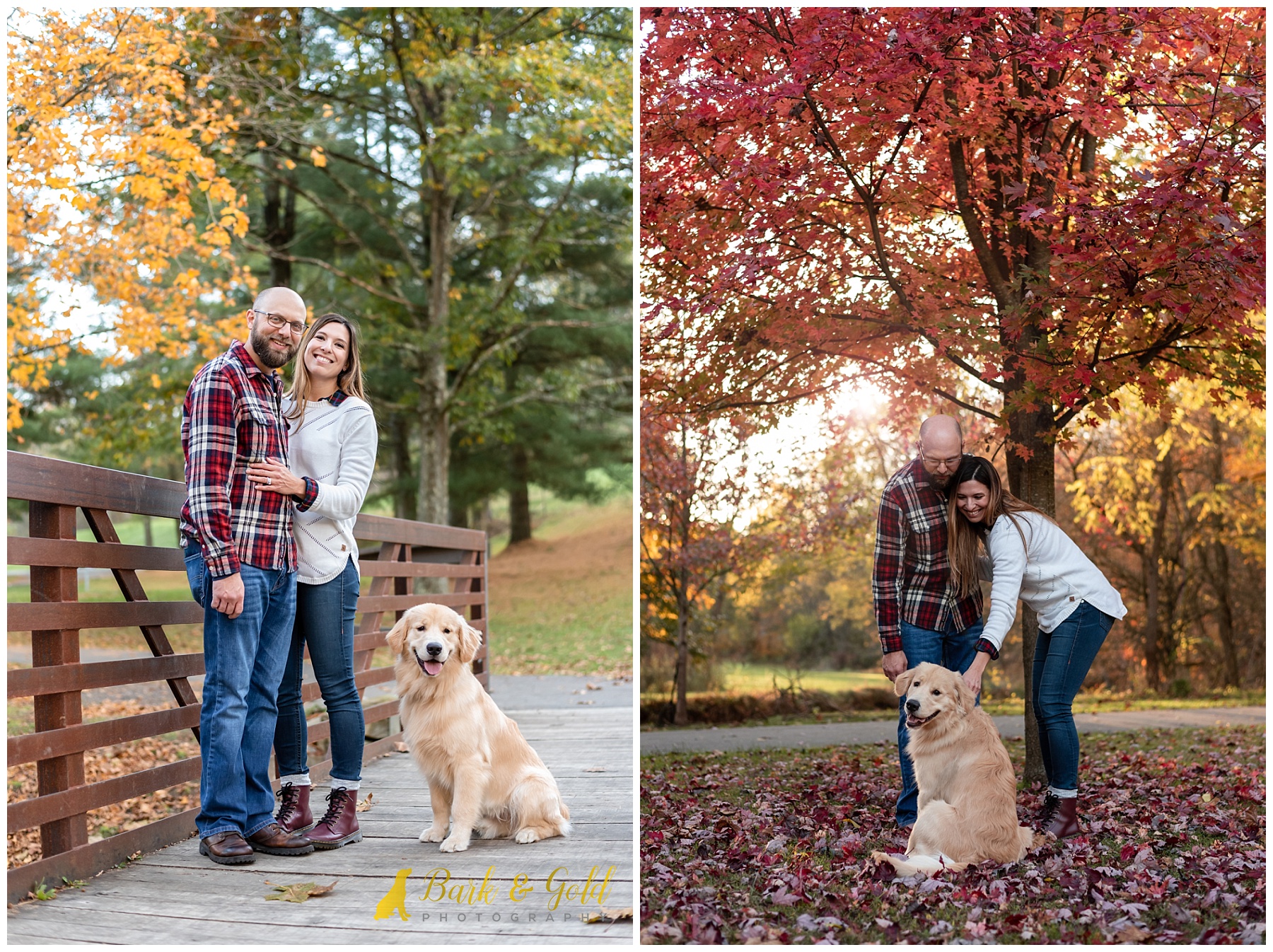 They added that Hank’s most favorite thing in the world is meeting new people! Melinda told me he gets very excited and wants to jump to get as close as possible, but will calm down after a few minutes of some good chest pets. I noticed his boundless energy from the get-go and couldn’t help but love on this furry babe in between shooting. 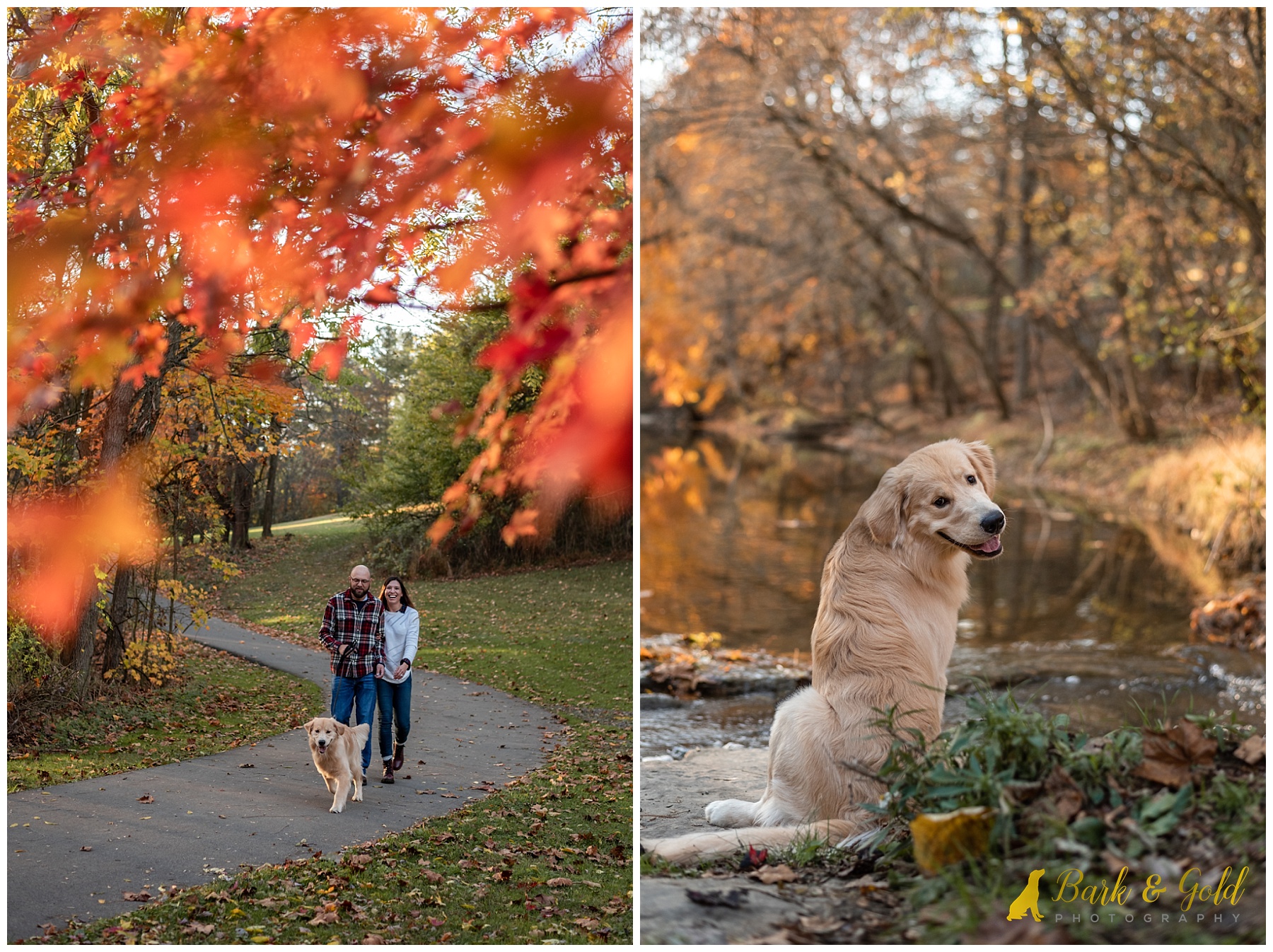 As I like to do at the end of each session at Mingo Creek Park, I gave Bill and Melinda the option to capture a few silhouette sunset portraits, and I was thrilled they jumped at the chance. I especially love the one of Hank pouncing up on his dad; even as a totally blackened silhouette, you can just feel the joy and love between the two of them and see the happiness in Bill’s expression. It was the perfect, most beautiful ending to a special evening. 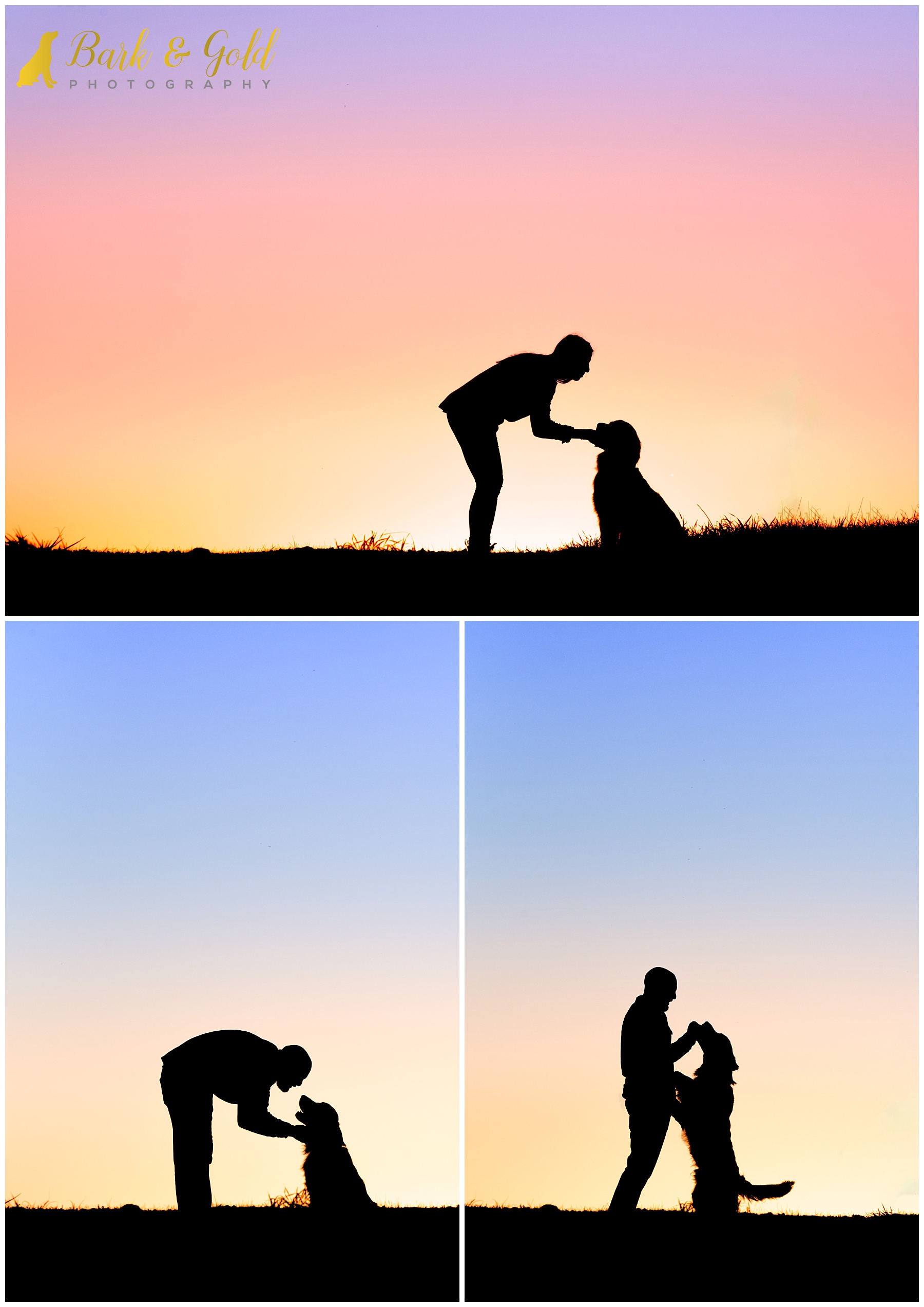