When his mom Jen described 10-year-old Bull Terrier, Chico, as the Derek Zoolander of dogs, “not the brightest, but really, really, really ridiculously good-looking,” I knew this session was going to be a good time. With his plop-in-the-grass-and-roll antics and happy-go-lucky attitude, Chico is the embodiment of live-in-the-moment mentality and unbridled  happiness (and he has the title of being the first Bull Terrier I’ve ever photographed).

“Chico was adopted from Blue Ridge Bull Terrier Club Rescue in 2010. He was two-years-old at that time,” says Jen. “We kept the name that he was given by the rescue…[and] gave him the middle name of Gilligan. He joined two cats and another dog in our home and got along perfectly with everyone. He now has 5.5-year-old twin human sisters. He loves them so much!”

During her pre-session consultation, Jen told me that this handsome guy is very lazy and a bit stubborn, adding that despite sleeping about 23 hours a day, he does get a boost of energy when given the chance to play with other dogs.

“Chico greets everyone with an enthusiastic tail wag. He’s a super easy going dog [who] loves when a bunch of us Pittsburgh Bull Terrier owners get together for dog play dates.”

It was nearly impossible not to catch Chico’s feel-good vibes as I photographed him. His expression bounced between strikingly handsome to carefree and silly. Check out his smile and those amazing ears, which just add that much more sweetness to his extremely gentle and lovable personality. 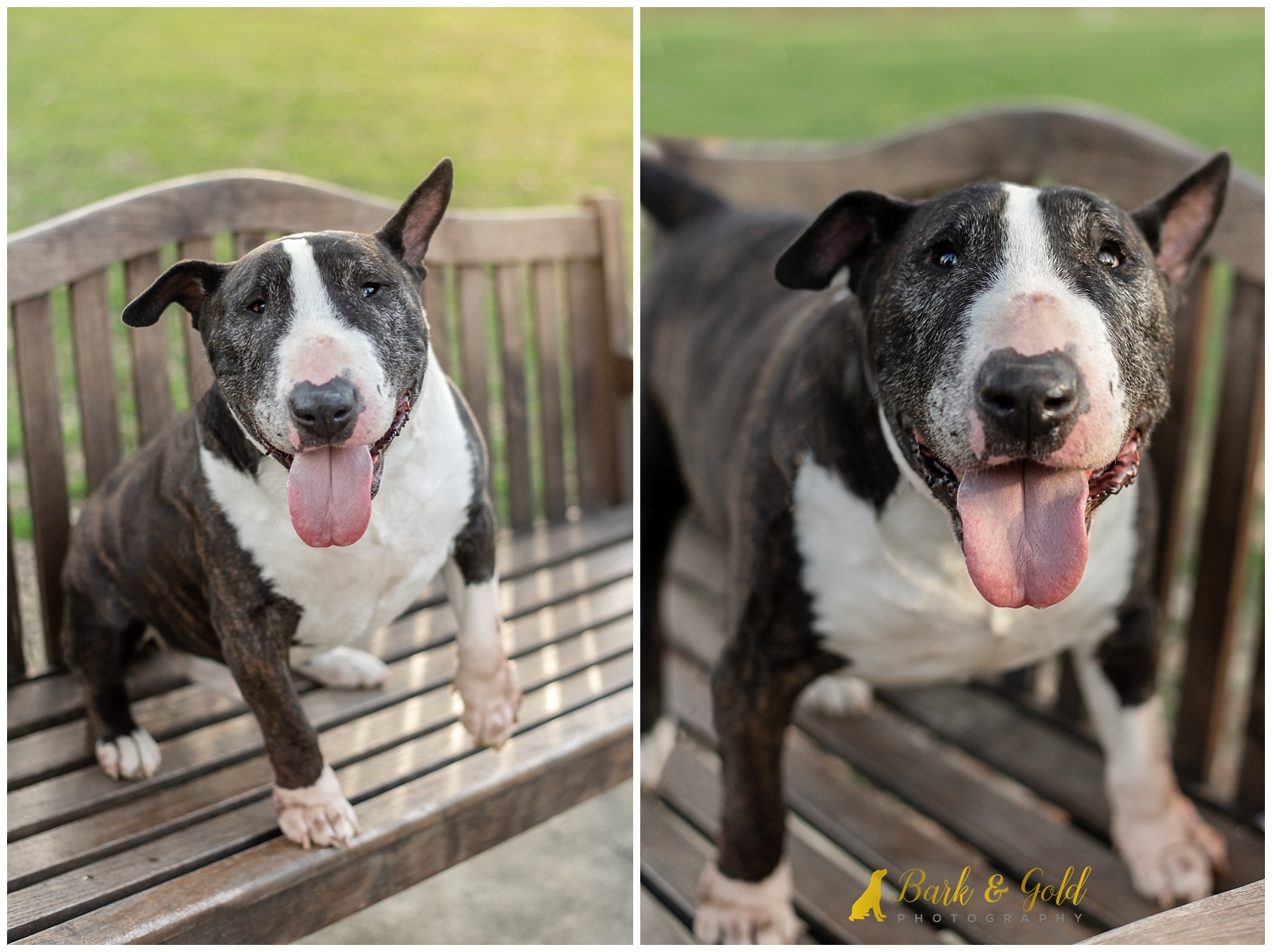 As our session neared its end, a warm sunset dipped behind a hill near the Maple Springs Gazebo in South Park casting a golden glow over a nearby field. I had Chico jump up on this large rock and we captured what are some of my favorite images of him (and they did not come without a few laughs). Chico’s parents joked that we were getting his majestic The Lion King shot…just before Chico slowly slid backwards off the rock, casually hanging on with a lack of urgency as if to say Eh, someone will help me. I mean it when I say this guy was a hoot! 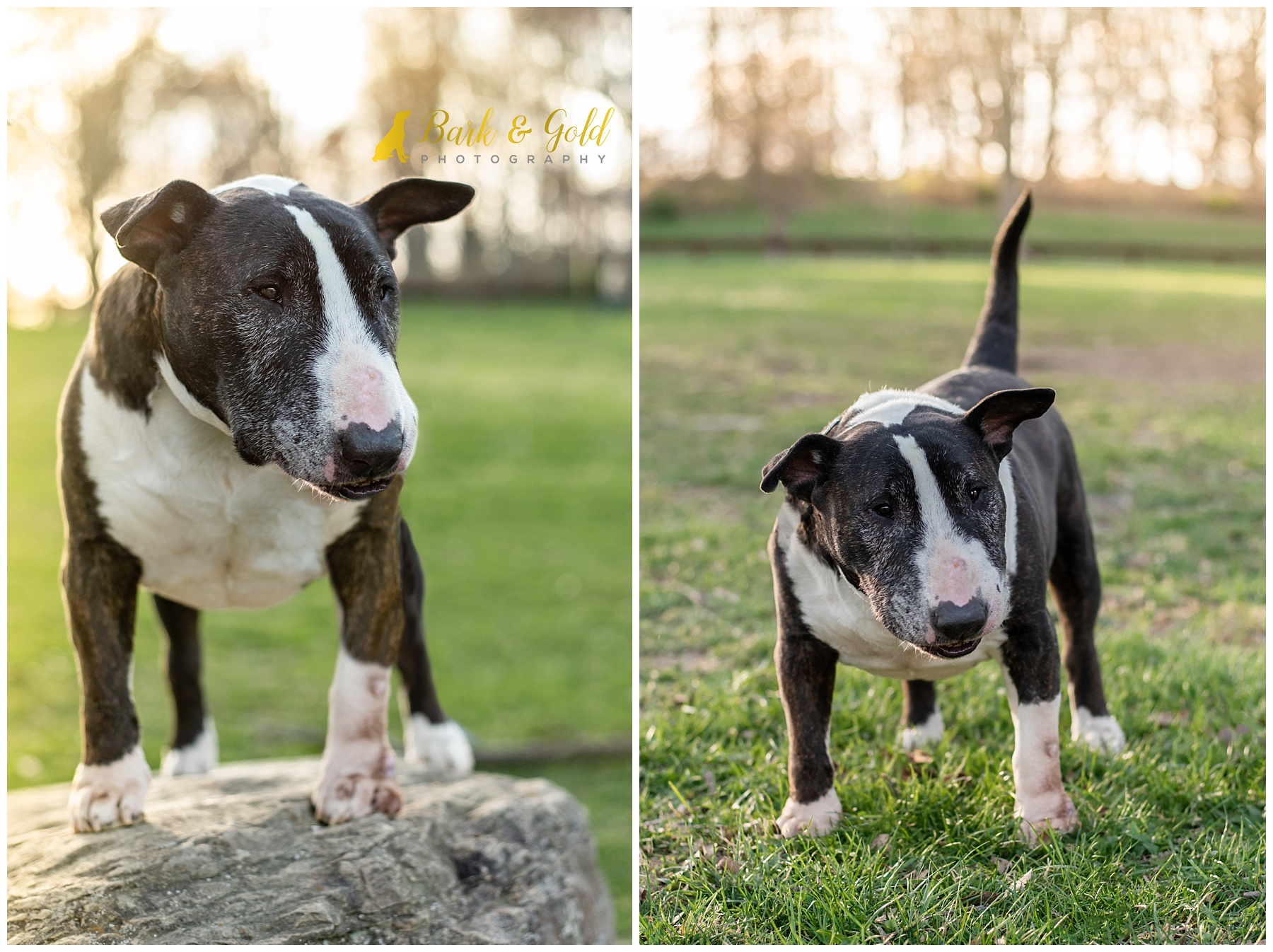 Chico, you are a ray of sunshine that brightened my day as much as I know you do for your family! It warms my heart knowing that I was able to capture so many of the quirks your parents love about you!

See which image of Chico will appear in the 2020 Biggies Bullies pet calendar when it is released this fall. He helped raise $449 of the $6,118 collected for Biggies Bullies, a Pittsburgh foster home-based rescue founded in 2011 with the mission to rescue and re-home pit bull type dogs in Pittsburgh and the surrounding areas.