Felix’s story is every bit as remarkable as it is heart-wrenching. While searching for a foster, Felix’s mom Mindy connected with a friend who owns a foster-based rescue in Georgia. She’d been looking at the kill lists to see who she could pull for Mindy and that’s when Felix came into the picture. The Hazelhurst  Animal Shelter had found Felix  tied to a tree in a junk yard with his ears chopped off (likely with scissors) still scabbing over and burns to his back.

“Being a black, crop-eared pittie in Georgia, he had no chance.,” explains Mindy. “We decided that we would pull Felix and get him transported here for my first foster. He was scheduled to come on my birthday. When I got out of my car to grab him from the other transporter, that was it–he ran to me, his neck in my neck–and three days later I was a foster failure.” 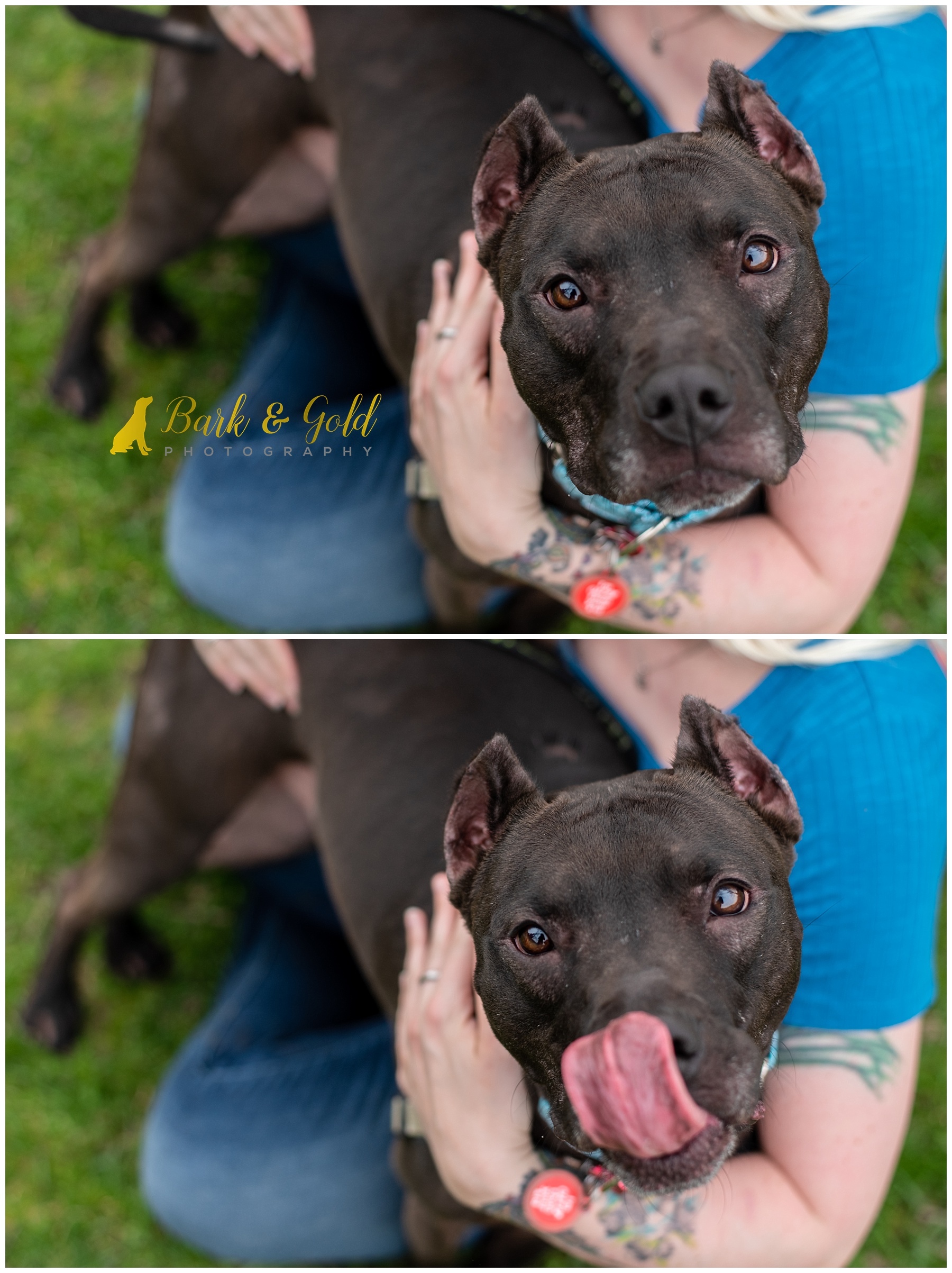 Despite his unbearably rough start, Mindy says Felix is playful and full of love for everyone and everything.  He had such a blast exploring the woods and giving the sweetest, most pleading eyes to his mom to let him take a dip in the creek and pond. 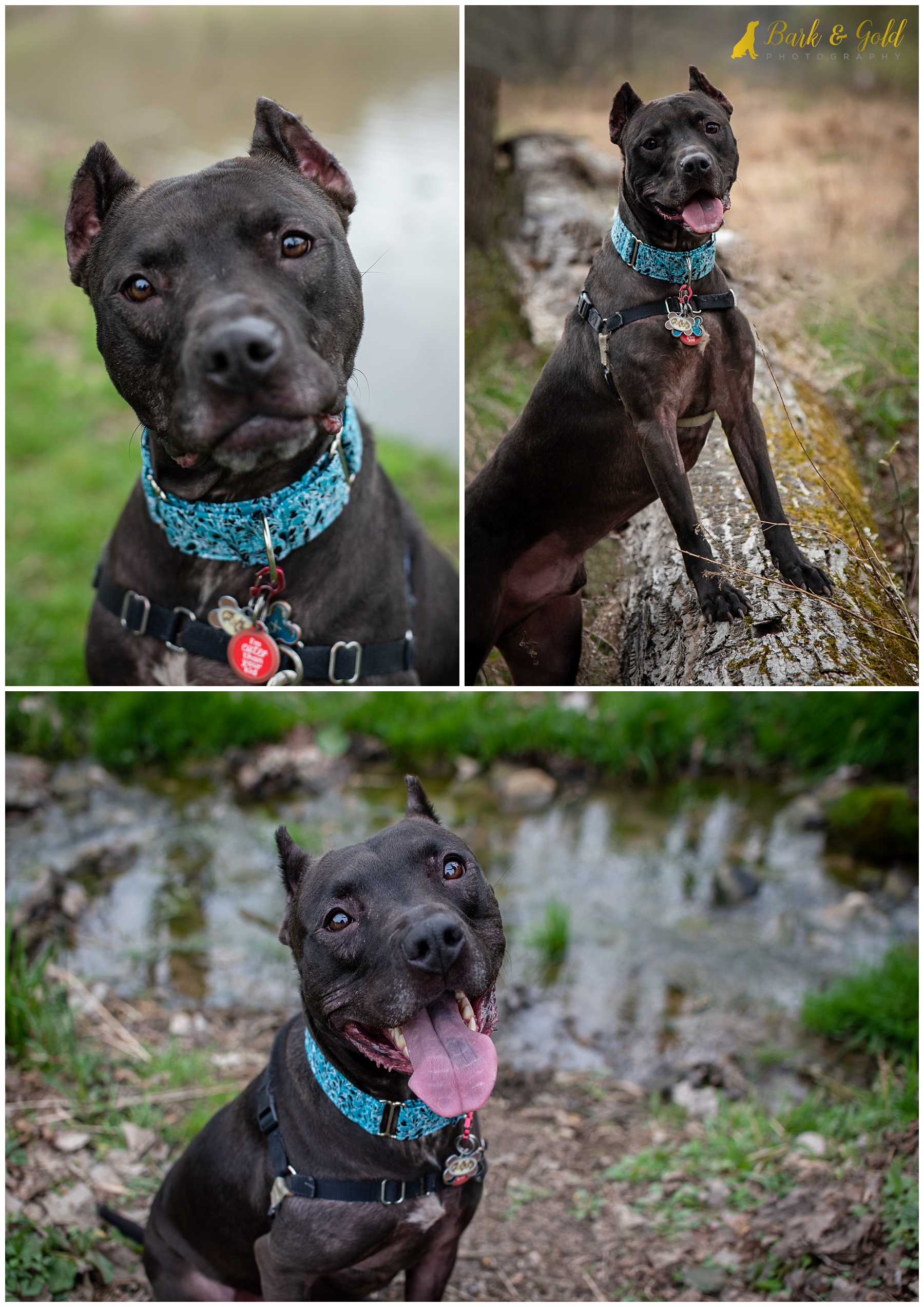 Toward the end of his session, Mindy did give in and let this little batdog  go at it, and Felix did not want to get out! Look at that little face. How can you resist not letting him stay in as long as he wanted? 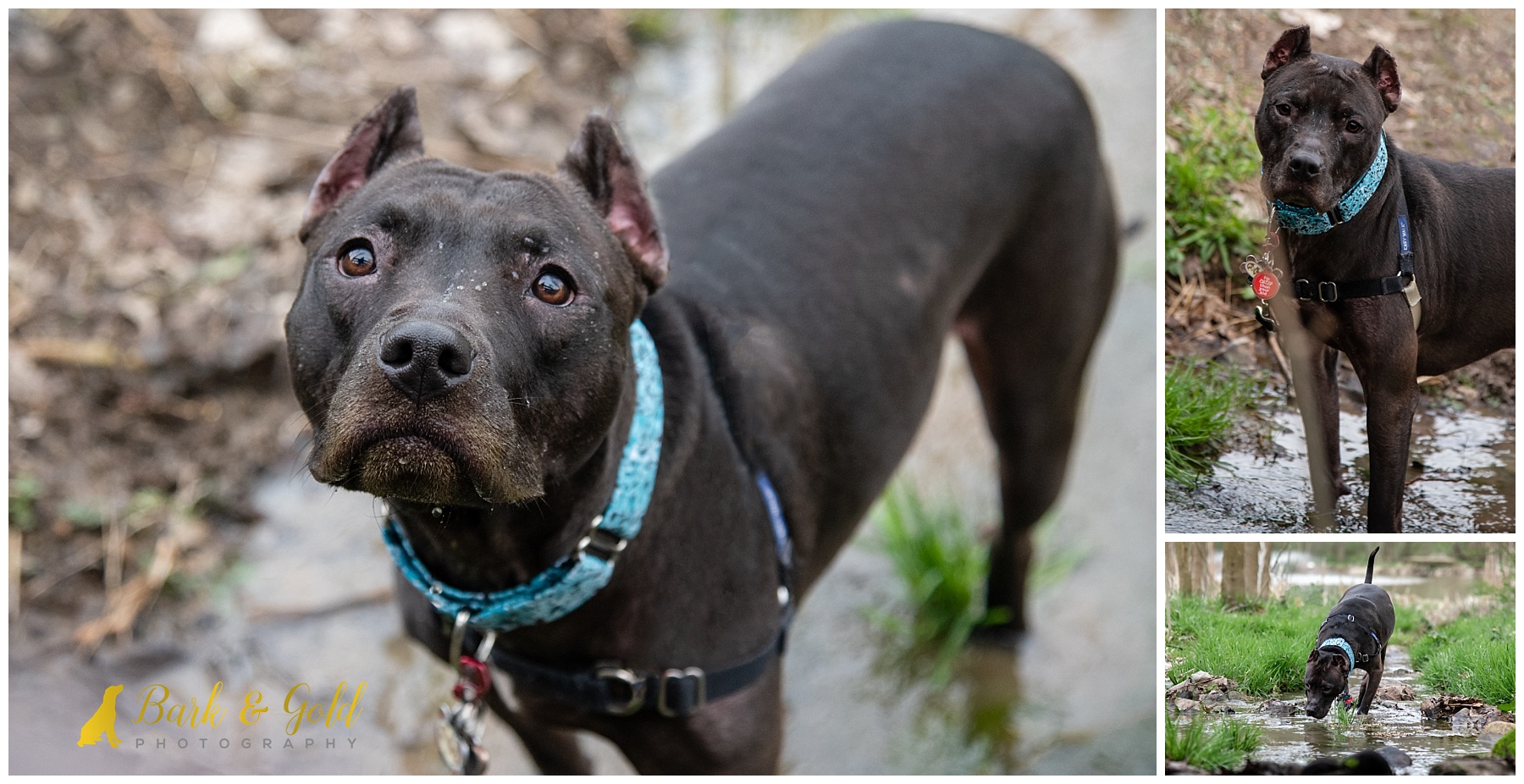 Felix’s session is particularly special because he will be featured on the cover of the 2020 Biggies Bullies pet calendar, available this fall. Through a tireless campaign, Felix raised $909 for Biggies Bullies, a Pittsburgh foster home-based rescue founded in 2011 with the mission to rescue and re-home pit bull type dogs in Pittsburgh and the surrounding areas.

If you’ve enjoyed these sweet shots of Felix, check back in the coming months. I’ll be photographing him again in just a few short weeks when he’s joined by the rest of his family, including his mom and dad and four fur siblings.